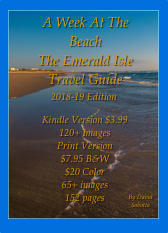 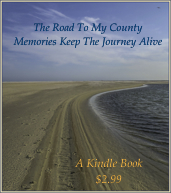 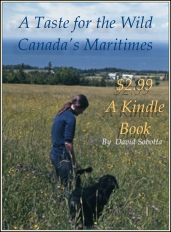 By the White Oak's Shore

View from the Mountain

Moving to the Coast?

The Crystal Coast has seen some great weather this summer and some not so great. We made it through most of June and until early July with very little rain. Many of us who garden were worried that we might be facing a dry summer. Then came July 12, and in ninety minutes we got three inches of rain. This short YouTube video provides a glimpse of the rainstorm. The frequent rains continued for over three weeks.

We had enough rain from July 12, until August 4 to get us to almost twenty inches of precipitation in three weeks. The only saving grace was that the rain came in downpours so we often had sunny weather between the storms. There were other places that got more rain than us including Hatteras (PDF summary of July 2018 weather in Carteret County area).

Fortunately there were enough blue skies to keep visitors and residents happy this summer. The rain was not the only thing trying to spoil summer. In addition to the rain we have had more than our share of wind and strong rip currents. Luckily for beach goers, the red flags came down after three weeks of rough surf.

However, on the White Oak River, pictured to the right, the wind has lasted longer and has not been as inviting to kayakers as some summers. My few kayak fishing trips have been struggles. The odd days when the White Oak has been slick, I have been stuck at my desk. I remain hopeful for a quiet fall and we seem to be headed in the right direction. Just to make my point, our weather forecast on the coast looks a little like early fall this last week of August 2018.

My random trips over the bridge to Emerald Isle have confirmed that the beach has attracted good summer crowds. The addition of the Publix in Emerald Isle has opened up the option of actually buying groceries on the Island during the summer tourist season. I have taken advantage of that many times. The restaurants have all seemed busy though we have managed to sneak into Highway 55 in Emerald Plantation a couple of times. What we call crowds has not kept me from enjoying some nice evening walks at Third Street Beach as you can see from this picture.

As always, I have managed a few hikes at the Point since the weather warmed up, but I have dodged the area during late July and August because of the unpredictable weather and the small parking lot on Coast Guard Road.

I will be back over at the Point as the heat starts to fade and the crowds dissipate in September. Hopefully, that will be before the trucks take over the beach for the fall. I did manage a boat ride or two over to the Point earlier in the spring.

Since our very hot spell of weather in June when the temperatures got over ninety degrees for several days, the heat has not been as extreme. As far as temperature goes it has been a normal coastal North Carolina summer with plenty heat and lots of humidity but nothing unusual for the Crystal Coast. The rain, wind, and rough surf have made more news than the heat.

My fishing has been limited and mostly unsuccessful so far this summer. As of August it has been almost a month since I gotten the line on my fishing reel wet. I have been dreaming about getting out in the kayak but the windy weather has held me back since my early summer trips.

Fall is my season anyway so I will be out and hopefully catching some of those White Oak River drum as September rolls around. I know they are there, one of my neighbors has brought three over slot drum to the boat in the last week including one that one twenty-nine inches long on August 21.

There has been no mullet blow as of August 20, but everyone is on alert for it. Fall fishing is what we live for on the Crystal Coast.

Even with a few weeks of rain, it has been a good summer for taking pictures. I have had the opportunity to snap some wonderful photos like the one of this Gulf Fritillary. Many of those great pictures have been included in the 2018-19 Kindle version of our travel guide for Emerald Isle. This flickr album has many of my favorite pictures from the last eight months.

The eighth update to our highly rated 150+ page A Week at the Beach - The Emerald Isle Travel Guide was released in June 2018. It even has an aerial photo of the new EI roundabout. The Kindle version is only $3.99 and has well over one hundred color images. It is also free if you have Kindle Unlimited. The Kindle version works on practically everything including the iPhone and iPads.

The paperback versions have been very popular locally. If you are in the area and want to have a look at a paper copy, stop by the Emerald Isle tourist bureau or drop by the bookstore in Emerald Plantation to purchase a black and white copy. The color version is available at the Emerald Isle Town Office. Both print versions are available from Amazon. This is a link to the color print version and here is a link to the black and white version.

If you just need some quick information about the area head for our free online guide to Emerald Isle. Either way, remember this is a great area to visit as summer winds down . Fall is our best season and can last until December. There is nothing nicer than warm warm and cooler air. Lots of visitors get hooked and end up put down some roots along our sandy beaches. That is what happened to us.